We are pleased to announce the 21.12 release of Tower. This release brings long-awaited features including shared Workspaces for collaboration, Pipeline Reports for visualizing results, and the first release of the Datasets APIs.

The new reports feature enables Tower users to visualize and browse pipeline results interactively inside Tower. Users can specify which files are reported using a new configuration field when defining a pipeline.

Tower makes these results available once the workflow run has completed. Supported file types that are rendered include .pdf, .html and .txt. All reports, including those not in the rendered file formats, can be downloaded.

This feature is undergoing rapid development with improved versions including extended rendering and robustness. Watch this space! 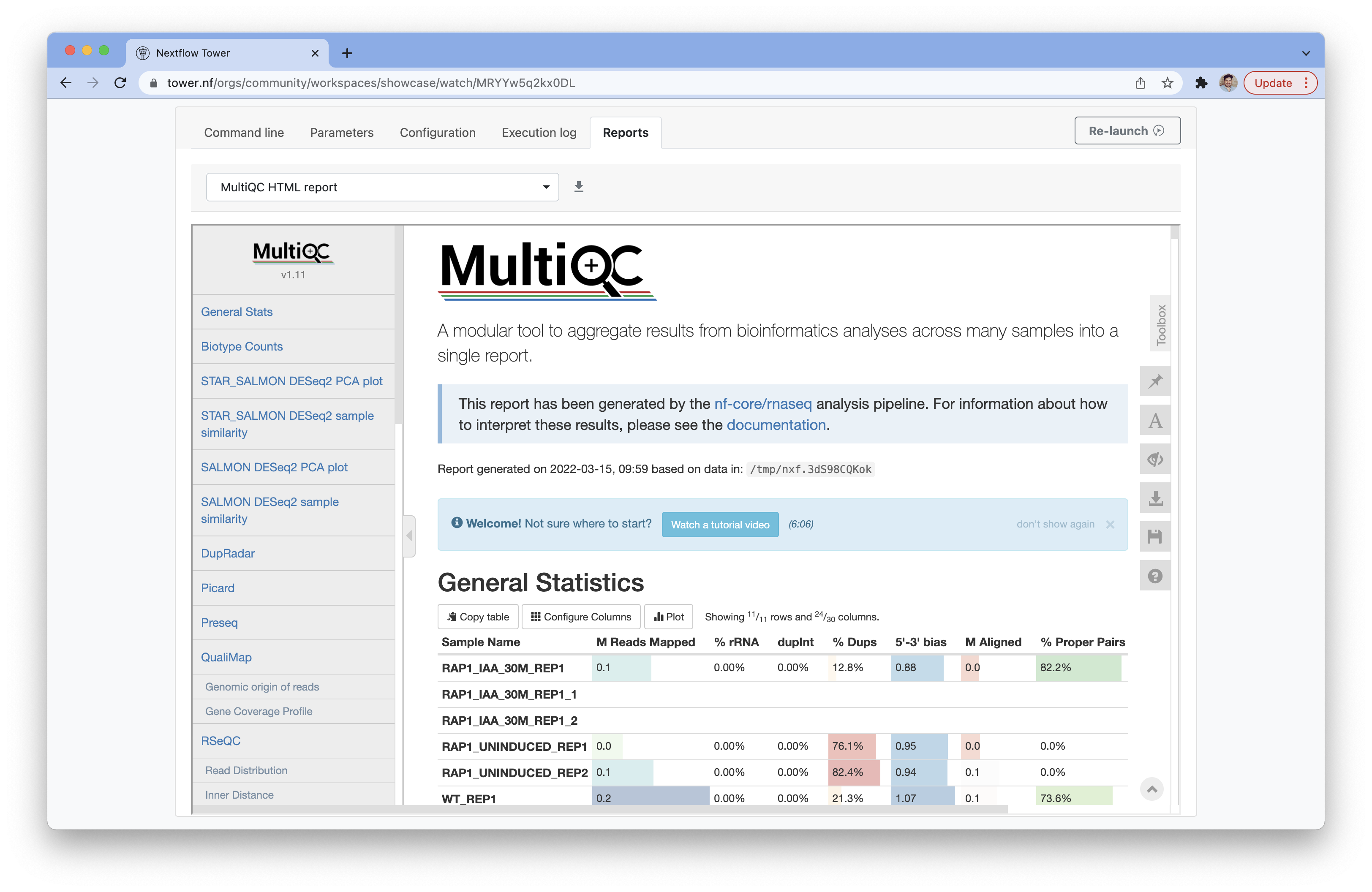 Shared Workspaces are a solution for synchronization and resource-sharing within an organization in Tower. With a shared workspace, it is now possible to create and set up pipelines in a single place and make them accessible to all members of an organization.

Datasets allow for the definition of data inputs as samplesheets (CSVs/TSVs etc) which can be chosen by a launcher when launching a Pipeline. The goal of this feature is to allow users to manage collections of data that can be used for pipeline executions submitted by Tower.

Datasets are typically tabular samplesheets where each row represents a generic record made up of several fields. Each field may contain a file path or other metadata of any type.

Users with HPC clusters (e.g. SLURM) often wish to run jobs that are launched using a specific user’s identity, rather than a general system-level user defined in the Compute Environment.

The Tower Agent allows users to run jobs on their HPC cluster via Tower, enabling them to track which runs have been executed by individual users using their internal management system with no need for extra steps to measure the quota used by each user. This process is automatically taken care of by tower-client interaction eliminating the need for a multi-factor authentication step.

You can find out more and download the Tower Agent on GitHub.